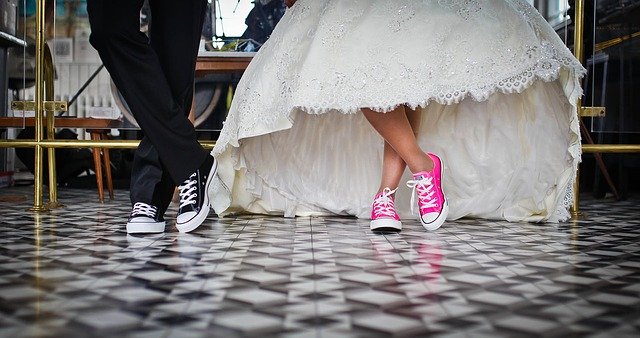 Are you with a boyfriend and you are thinking of settling down? Or do you think your age is way beyond or way too young to get married? Or are you just, overall, confused when to actually get into marriage?

When we talk about marriage and age, there’s actually a grey line between the wants to settle down and get married and wondering if you are really at the right age for it.

Time will tell, some believe. But for some, they actually say that no time is right, just the guts we have to make it true.

Today, let us find out the perfect time and age to get married.

Marriage for Men and Women

Well, there’s actually a lot of arguments for men and women when talking about marriage.

Men are often told to wait to get married until they feel ready — until they’re mature, financially secure, established in their careers and comfortable with themselves. But does it also applies to women?

As for women, they are usually more likely get pressured to “settle down” when they hit their 20s, and if a woman’s 30th birthday passes without a proposal, she can be made to feel as if she’s missed her moment. It’s when insecurity falls. Especially if she has a stable job, a good career, a boyfriend, and the thought of making a family hit her… it felt as if it’s a race now.

Your friends are talking about how they had their proposal, how where and when they got engaged, marriage invitations, kids, and basically making the most of their lives.

And you are just there… sitting in your porch thinking you are about to get lonely. And you’re only 25.

While the actual age may vary depending on where you live, once it starts, it’s best described as a domino effect. One friend gets married after another, after another. Often times these results to women and men rushing, even if they have not achieved their dreams yet, helped their parents or at least do something when they were still single.

Only Time Can Tell

Believe that only time can tell. Marriage is not a race. You can still get married and love even when you are 40. Indeed, there is a perfect time for everyone.

You need to know that marriage is a big thing. A tip of the iceberg. It’s creating a home, a life, and a family of your own. You will have responsibilities, and bigger ones every single day. It’s not as if you are going to wake up one day wearing a ring, and a paper that says your marriage and yet you can still do the same lame things when you were still single.

It is a lifetime commitment. If you still can’t figure that out, then maybe you should rethink of getting married.

Indeed, only fools rush in.