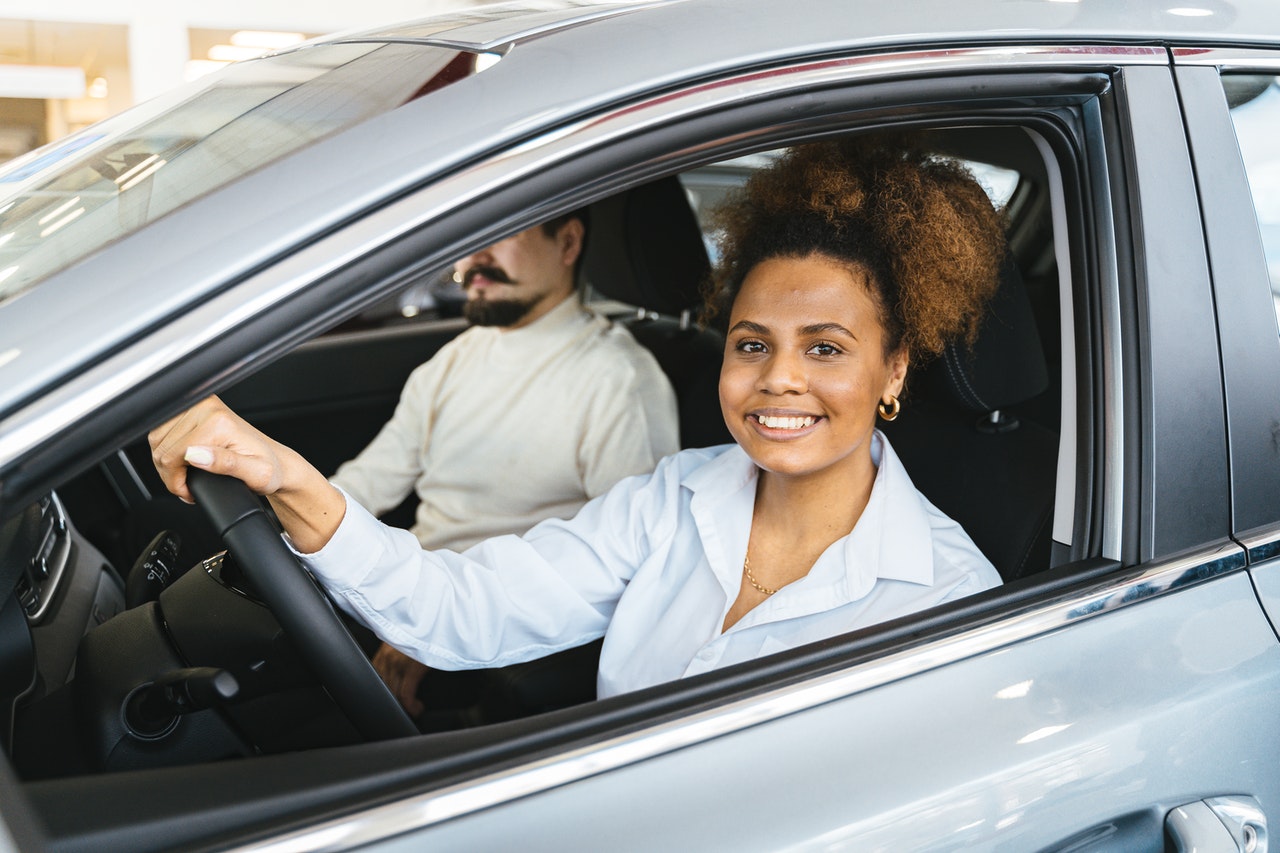 We were giving a lift to the 12-year-old daughter of first love. My husband was in the passenger seat and I, as usual, was at the wheel. By what she saw as a risqué reversal of gender roles, the 12-year-old seemed genuinely perplexed. “Why isn’t he driving?” she asked.

It’s worth noting that her mother happens to be the family’s main breadwinner and is an alpha woman all told other respects – but not, it seems when it involves the car. Driving the family around is her husband’s domain.

It set me thinking – and looking out. Within the majority of cases, I noted, when couples were together in cars (with or without children), the person was driving. There have been lots of women driving on their own – to figure, ferrying the youngsters around – but once coupledom came into the equation, some style of 1950s model looked as if it would take over.

This is borne out by statistics. A survey in 2010 is what the Institute of Advanced Motorists (IAM) did. It found that when partners drive together, men are fourfold more likely to require the wheel. Women drivers are more likely to feel uncomfortable driving when their partner is within the passenger seat.

The person did most of the driving when both partners were within the car in nine out of 10 households that identify themselves as “feminist,” a University of Washington sociologist, Pepper Schwartz, reported in 2009.

And in most car ads, the man drives.

The just the once women drive over men is after they move out within the evening. In this case, the IAM found, more women drive so their partners can drink.

I grew up in the countryside. If you reside five miles from the closest anything, you’re reliant on your parents for lifts unless you learn fast. I never looked back after I passed my test first time at 18. My Renault 5 came with me to college where I ended up taxiing my friends around. My boyfriend didn’t drive and was happy to just accept my lifts. He was still traumatized by the driving lesson he had at 17 when the teacher told him to prevent his car: “Get out, sonny, I do not want to risk my life any longer.” So I always had the superiority. But, kindly as I am, I introduced him to my lovely driving teacher and my husband (as he later became) eventually passed his test.

The Renault 5 was mine and I did the driving. It wasn’t until we bought a car together some years later (well, I procured it, but I’m generous) that he have to be compelled to use the keys. Just not that always. Motorways, after all, due to the possible road accidents that need a tow truck service, are scary places and wish an expert at the wheel.

Now to be fair to John-Paul, a few years have passed and he can drive fine (even on motorways and abroad). In fact, our daughter, theoretically on my side, says he’s a decent driver when I’m not within the car – and quite fast. But I’m better. I like driving. I purchase a kick out of perfect gear changes and overtaking people and navigating country lanes. John-Paul is way happier on his fold-up Brompton bike.

I also hate being driven. I buy car sick (particularly when John-Paul lurches) and he’s a higher map reader, so our division of labor has always made sense. It’s a meeting that we’ve never considered unusual until that child got into our car.

Outraged by her comments (this is that the next generation of women!) I assumed I’d subject John-Paul to a test. A touch unfair – vindictive, even – as he’s never insisted on driving, is happy to play the passive role in our vehicular relationship, and that I have way more road miles under my belt.

But I’m mean like that. I called Peter Rodger, the chief examiner of the IAM, and suggested he assess each folk and provide his verdict.

Bravely, John-Paul went first. He was out for an hour and returned looking cheerful enough, then left to select up our daughter from school (on his bike). Then it absolutely was my turn. Before turning the key, I confidently got into the car and took off the handbrake. It had been something I’d never done before. Hubris? Nerves? A touch of both? Irrespective of, my brilliance would soon shine through.

So, to the wilds of north London, off we drove Peter and me. Mini roundabouts and dual carriageways and countryish lanes are what we negotiated. I used to be excited to drive past the house of a favorite uncle long dead and told Peter all about him. I assumed I used to be doing brilliantly. I can chat and drive and concentrate – all at an identical time! I finished off with a storming parallel park within the tightest space I could find.